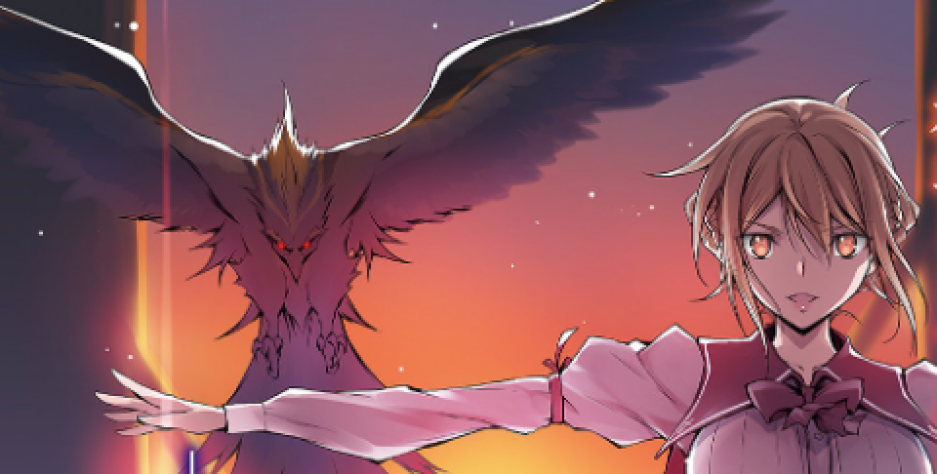 I present SLASHDØG volume two. In regards to the volume one segment, it was serialized in Fantasia Beyond starting in 2014 and which finished in early 2015, and now over three years later is the sequel volume two. For those fans who have been following this since the time it was serialized, I would like to sincerely apologize for having kept you waiting for so long.

Since I expect that there will be a regular publication from now on, please support it as much as you are able to. And with that, the opening arc that had been ongoing since volume one has been brought to a close with this story in volume two.

As I wrote in the volume one afterword, as a foundation, I plan for this to be a roughly six volume series. At this time I plan to do two volume per arc for a total of three arcs.

For the upcoming second arc, the plan is to really get involved with the Five Principal Clans, and at the same time to move away from magician associations. With this, next time will be Suzaku’s turn! Beginning with the Himejima household, I plan to get to the core of the founding of the Five Principal clans. The remaining Four Divine Beasts, Genbu and Byakko, will be introduced in the next section.

Kikurage-sama, chief editor T-sama, I am greatly indebted to you both. If you would please accompany me in the simultaneous dual publication of two serializations based on the original DxD story, I would be most appreciative. ……As expected, it’s been hard! However, thanks to that I was able to provide something good to my various fans.

In truth, with the original Highschool DxD having its 25th volume being sold simultaneously with this volume, it has reached its conclusion. However, starting around summer time, the sequel series “True Highschool DxD” will start with a new volume 1, so put your minds at ease. This will be a sequel to the final arc. If you still haven’t picked up DxD, please take this opportunity to do so.

And then, there’s one more thing. Launching next month will be the TV anime series adaptation of Highschool DxD, ‘Highschool DxD HERO’ which begins broadcasting in April.

It would be an honor if you made the effort to watch it. ……If the DxD anime can continue a bit more, then Tobio will make an appearance! Of course, it would be the best if SLASHDØG was made into its own anime! To all my supporters, my deepest thanks!

As for the upcoming volume three, it’s planned to be released sometime during the summer. Please continue supporting me going forward!

This site uses Akismet to reduce spam. Learn how your comment data is processed.